Dated. Non-functional. Cave-like. These were the words the homeowners used to describe their master bathroom.

They turned to Dover Home Remodelers to create a light, airy space while working within the room’s original footprint, with a wish list that included a larger shower, a smaller tub and a vanity with built-in functionality. 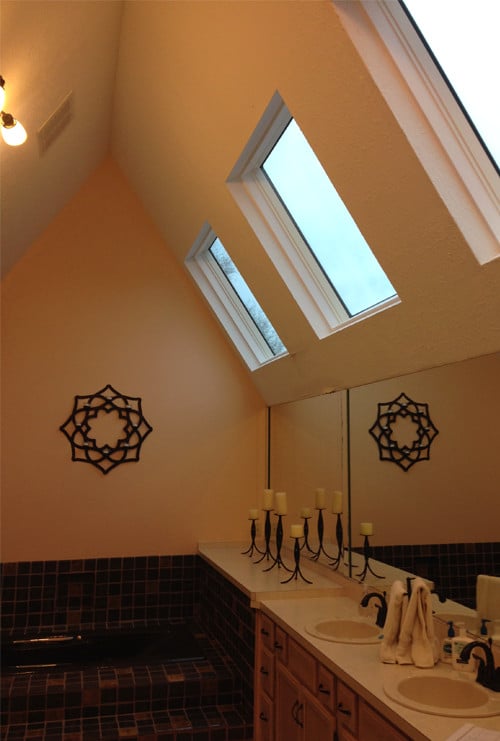 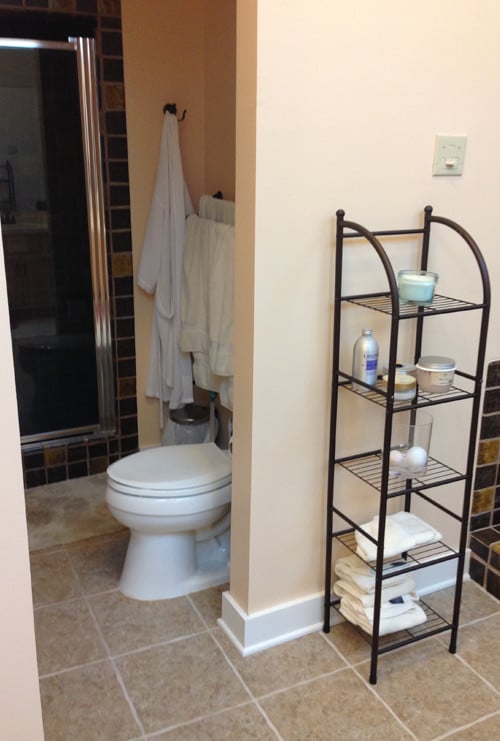 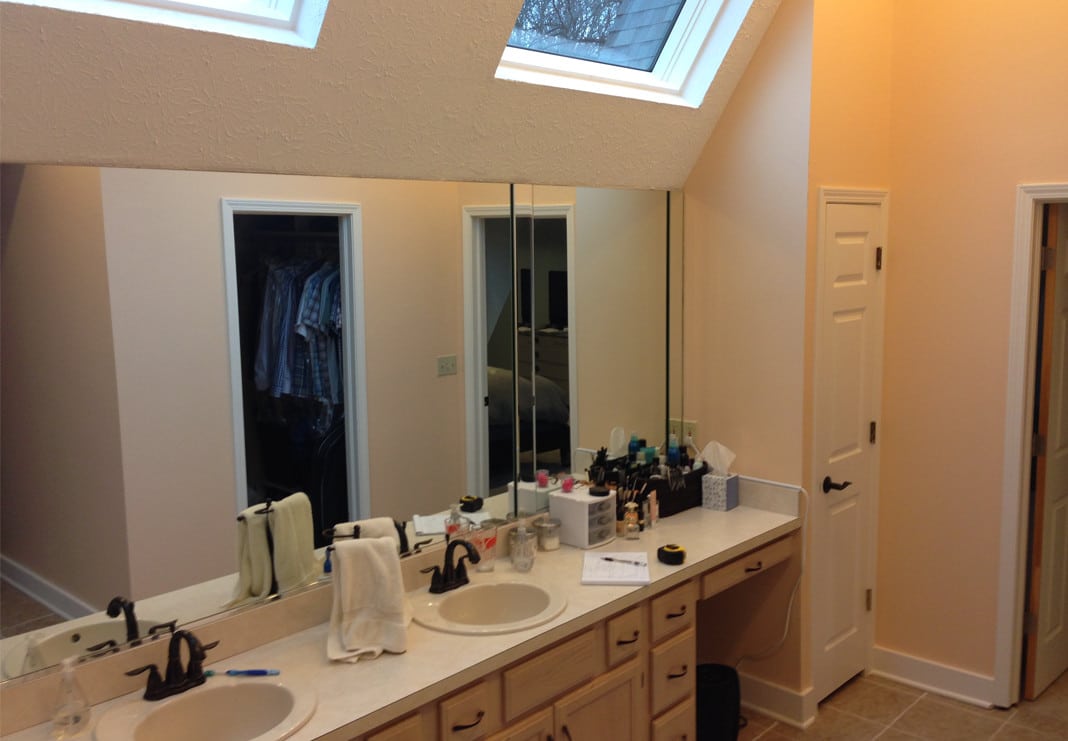 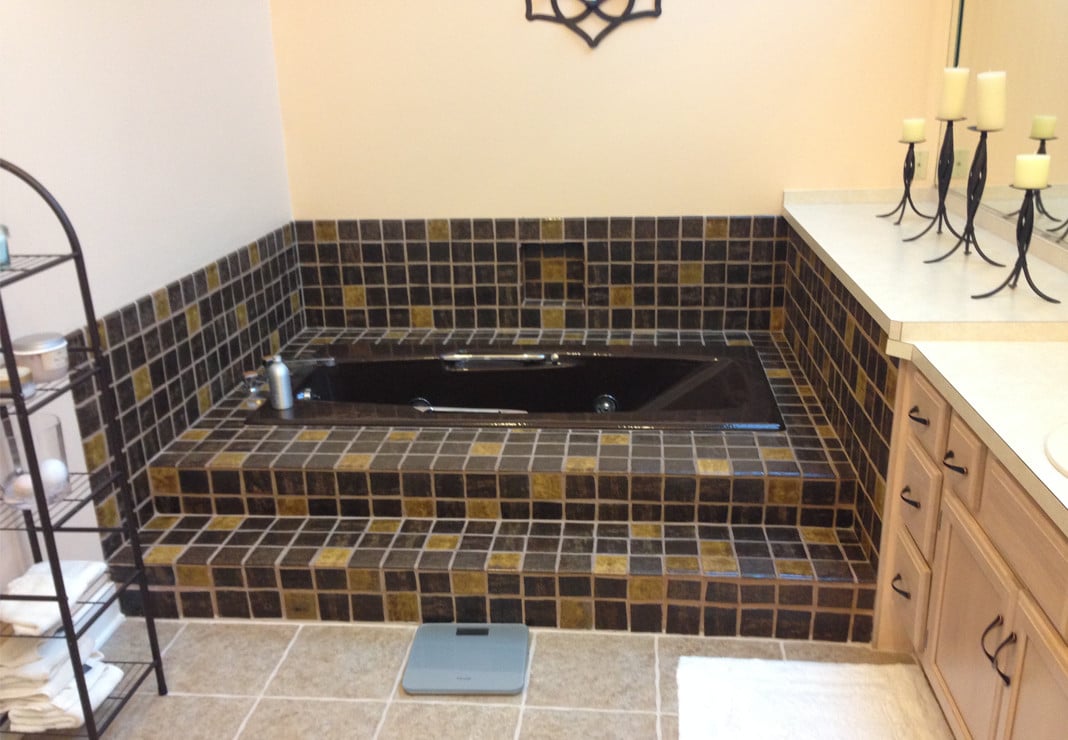 The homeowners had referenced Houzz to gather design style ideas, which we used to establish the grey and white palette for the new bathroom. Our designer reconfigured the space, creating a grand-sized shower with a tub deck that extended into the shower to create seamless flow. A 3D rendering helped the homeowners visualize the concept. 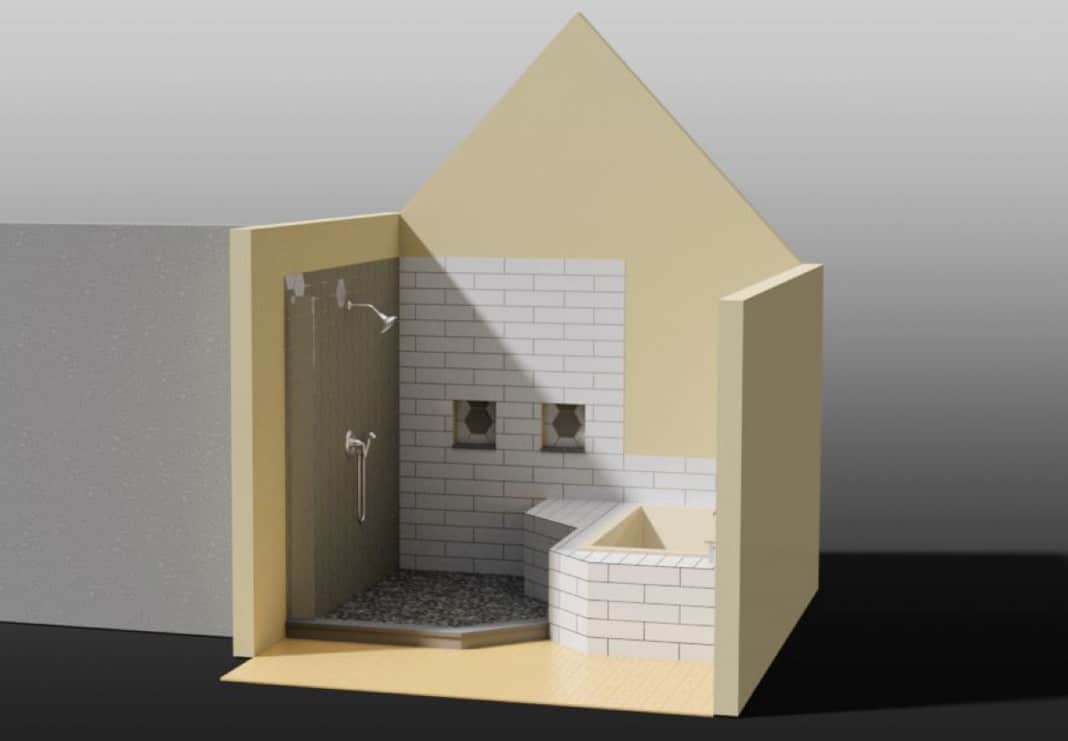 The new layout eliminated wasted space that had been consumed by the oversized tub, stairs and display area. Classic 4″x12″ subway tile was installed on the tub deck and extended into the shower to create an in-shower seat and a clean, cohesive aesthetic. 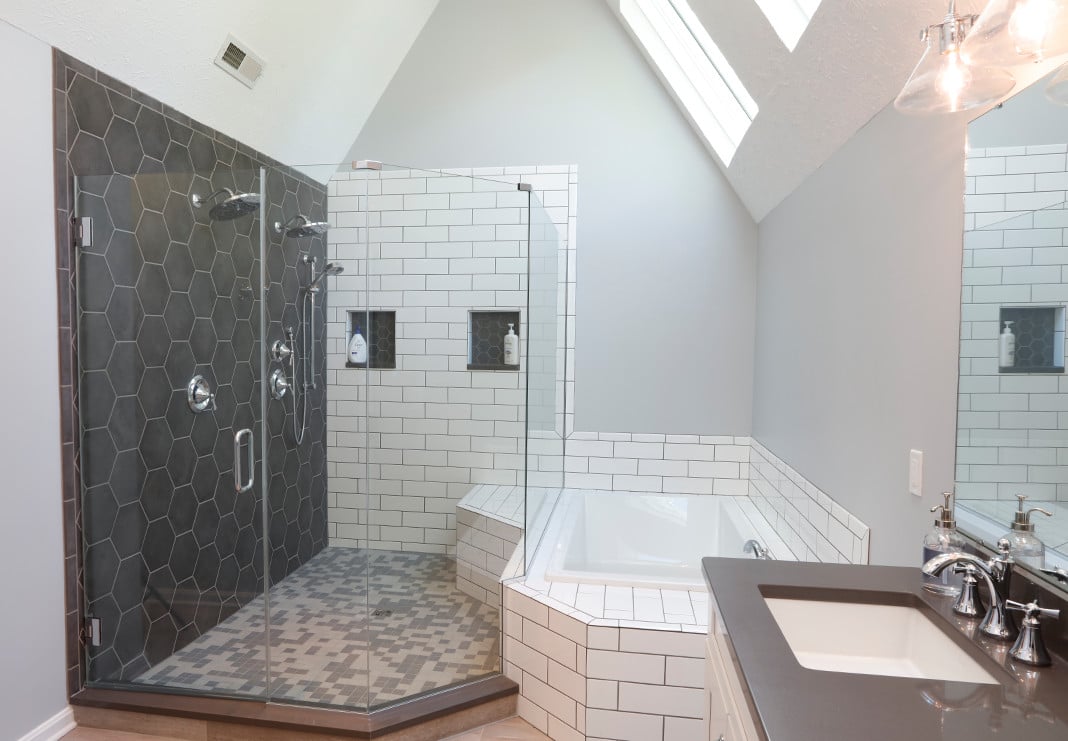 The shower with dual rain showerhead fixtures and a slim soaking tub became the focal point of the room. Glossy white subway tile with grey grout was used throughout with a contrasting slate grey tile on the shower floor. A clear, frameless glass enclosure on the shower made the room feel even larger. 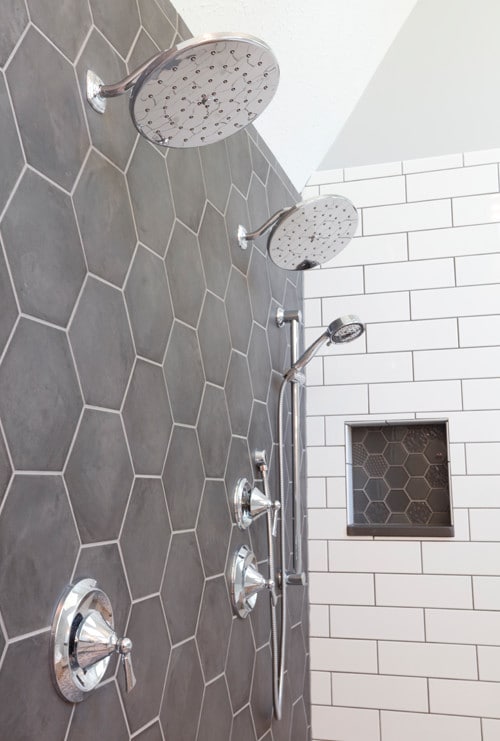 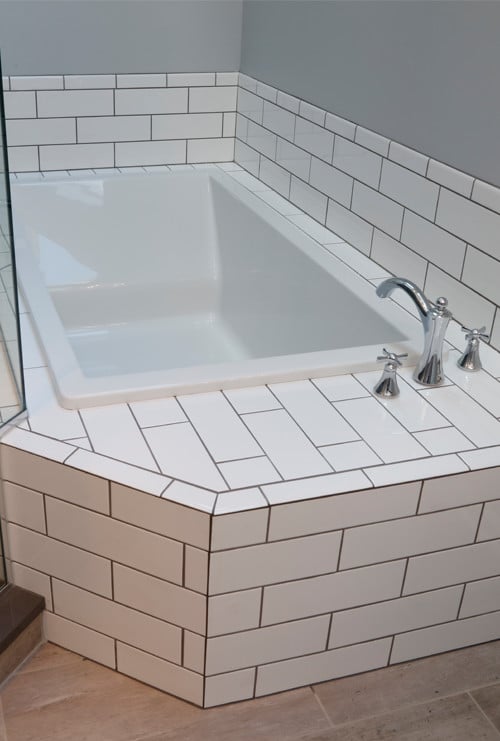 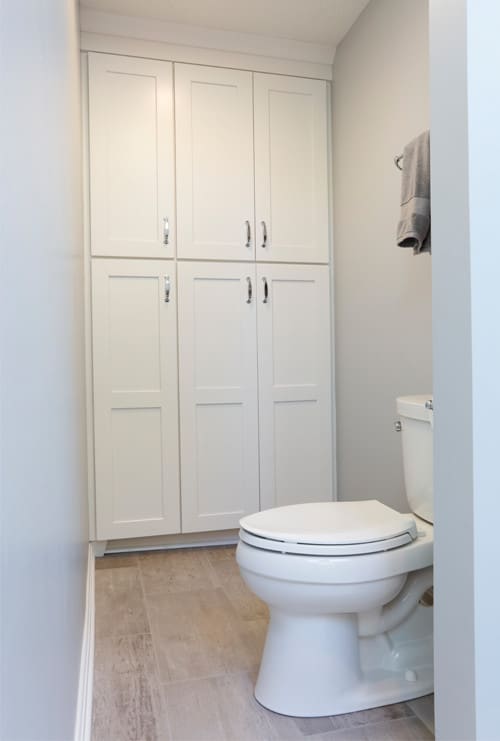 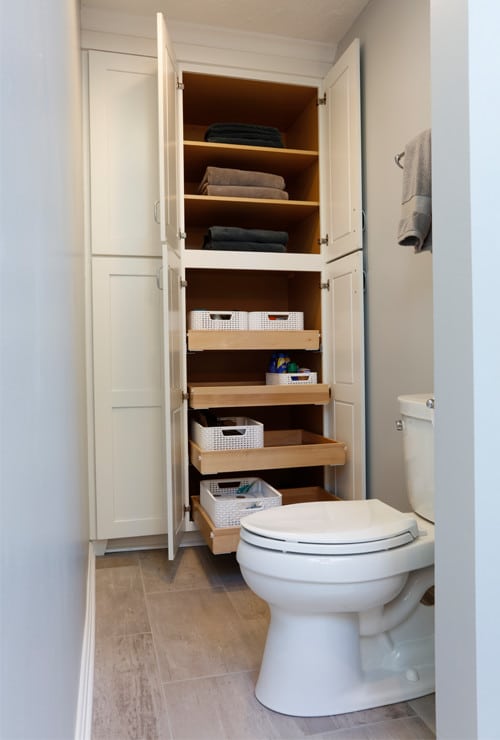 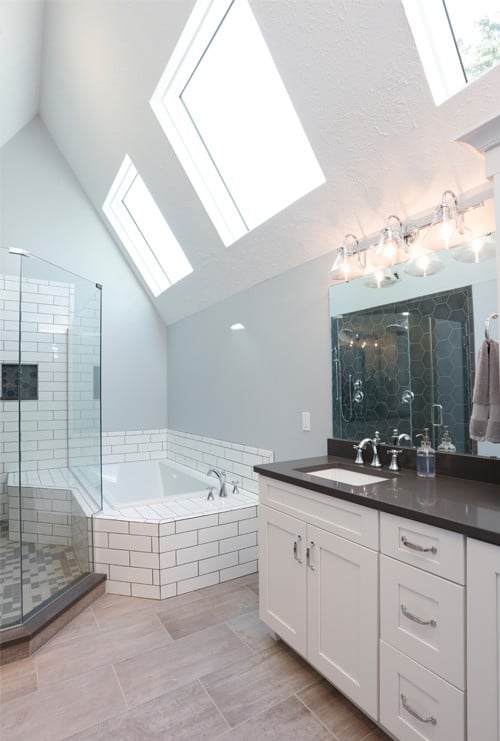 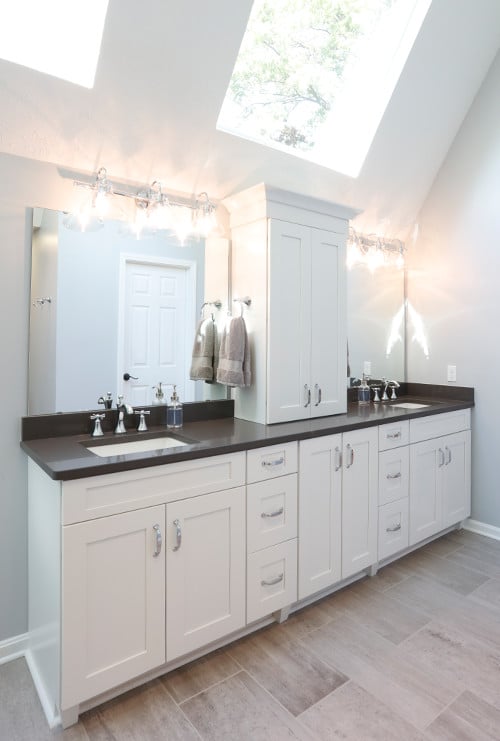 Salon style cabinetry was installed to house curling irons and hair dryers, creating easy access and the convenience of staying plugged in at all times. 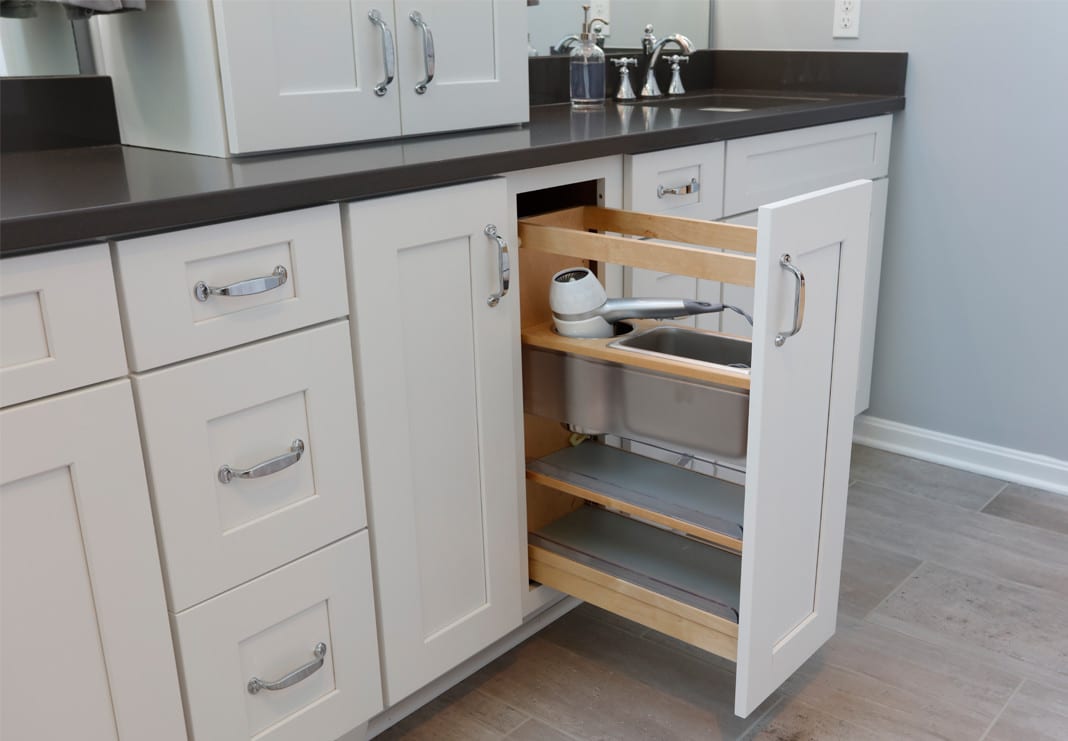 Combining different shapes, sizes and finishes of tile gave a fresh, unique feel to the grey and white color palette. We used 8″ matte grey octagon tile on the left wall of the shower with grey glass octagon tile in various textures inside the shower niches. 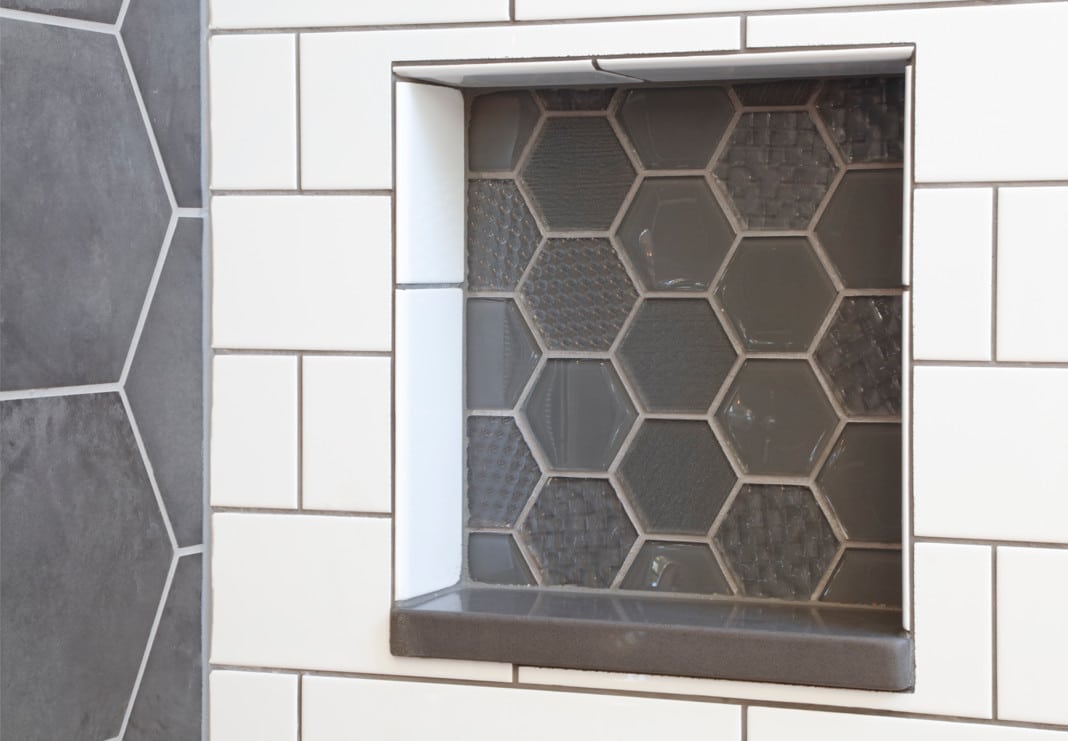 The end result was a fresh, functional, contemporary master bathroom with a designer vibe that completely exceeded the homeowners’ expectations.