It’s a universal truth: The party always ends up in the kitchen.

This active family had a plan: transform their cramped kitchen into an inviting, functional gathering space that flowed seamlessly with the adjoining family room and entryway as part of an open-concept, whole-house remodel. They turned to Dover Home Remodelers to make it happen.

The dim, dated kitchen had a boxed-in feel: It featured dark cabinets and woodwork, limited lighting, a narrow hallway and powder room–all of which worked to break up the space and create a cramped, disjointed layout on the home’s first floor. 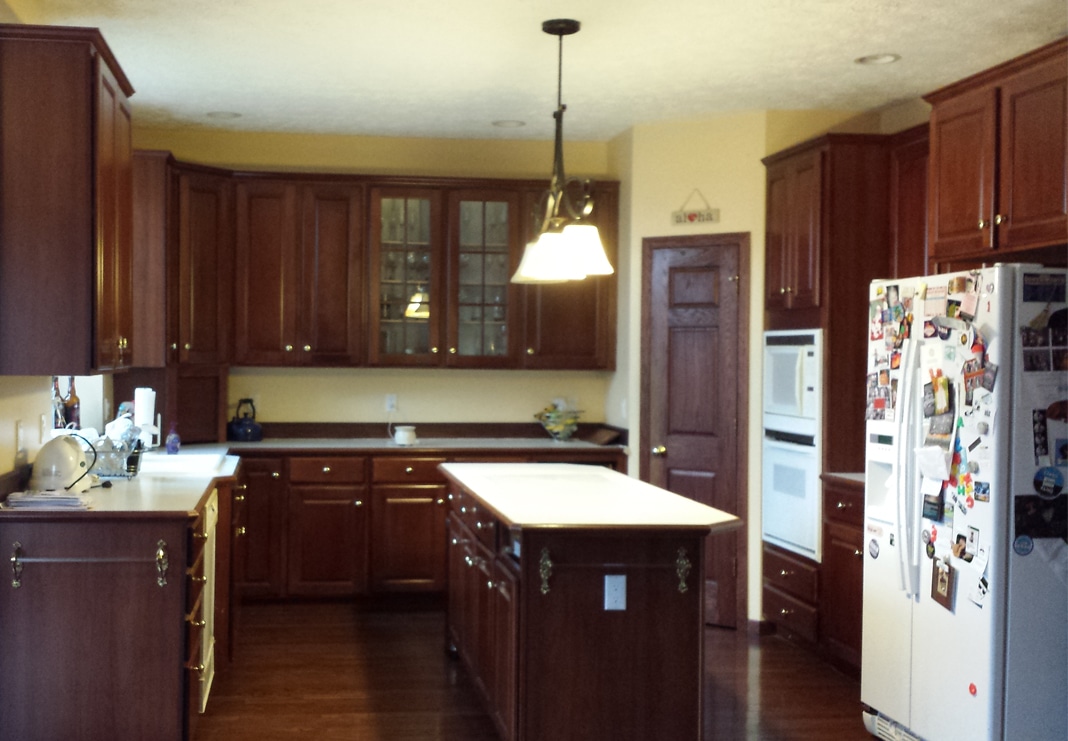 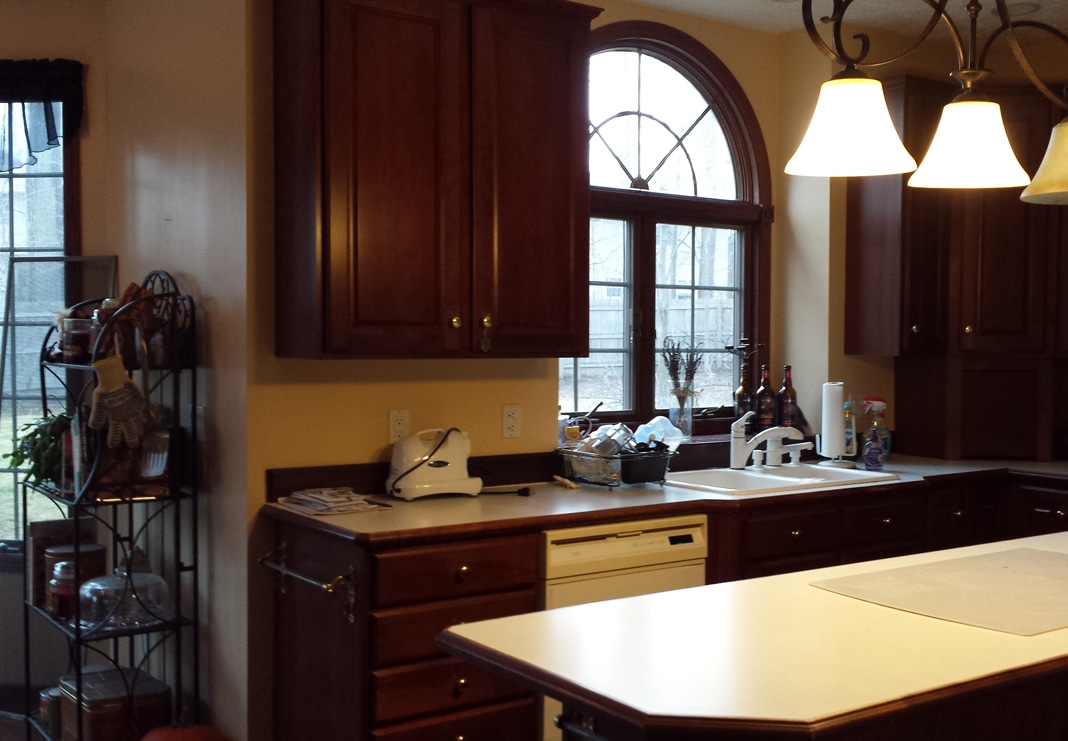 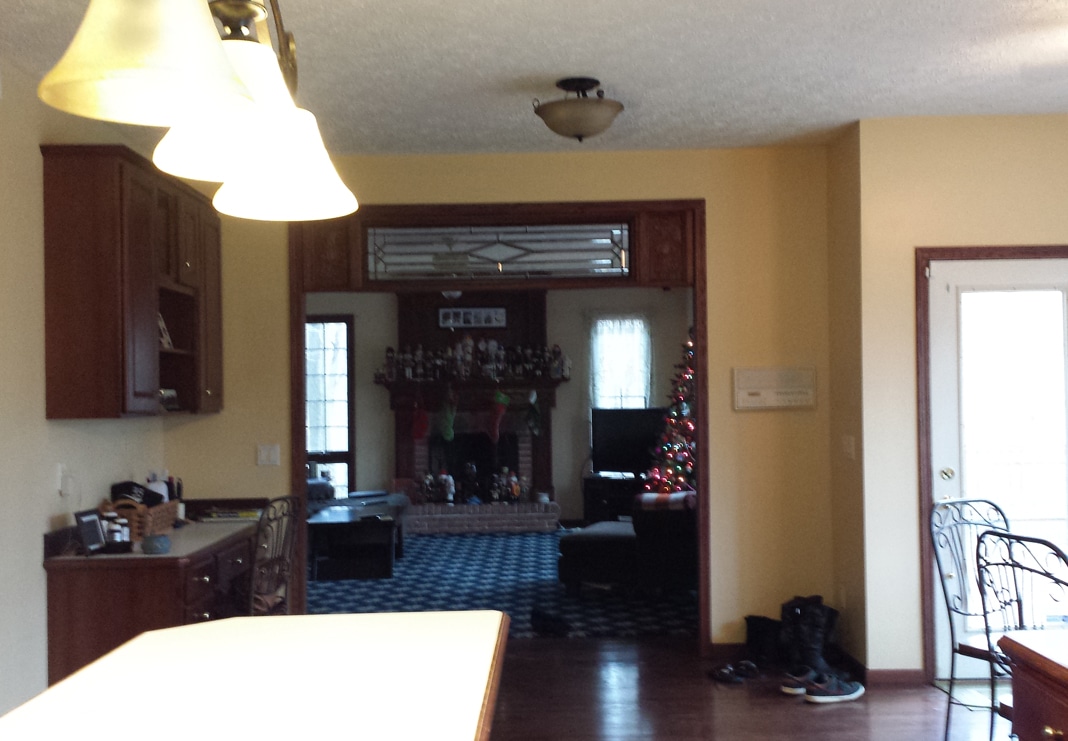 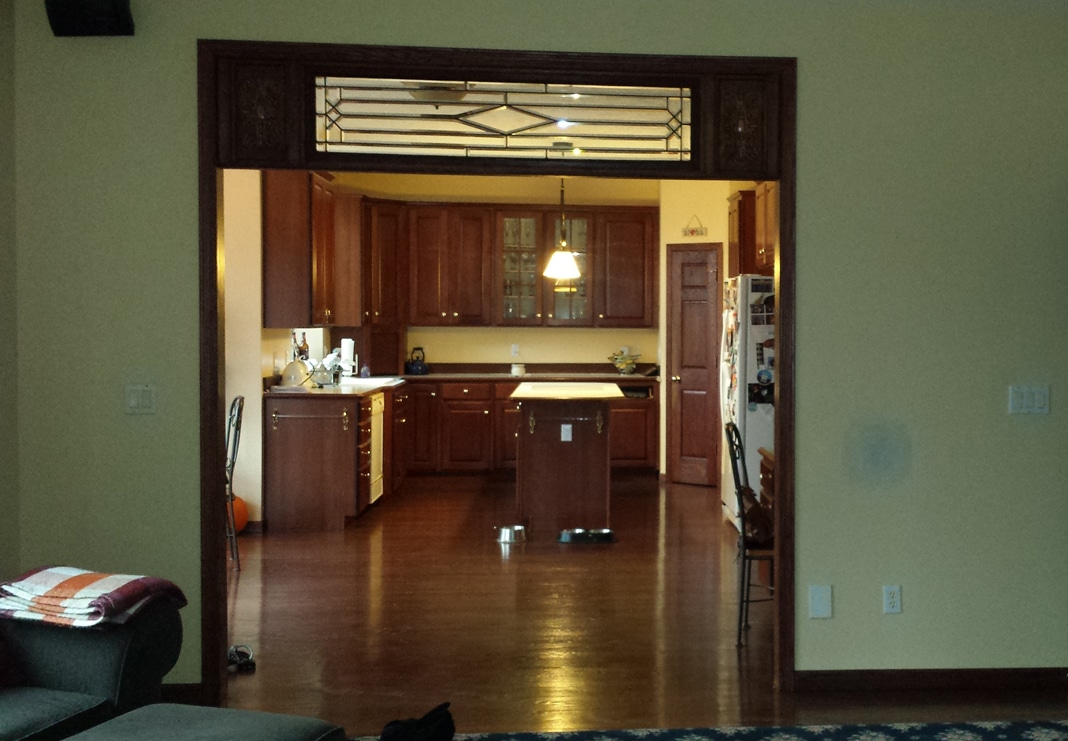 The homeowners were intent on an island in their newly remodeled kitchen. But as design concepts came together, the new, open kitchen design rather called for the use of peninsulas to maximize space and functionality. 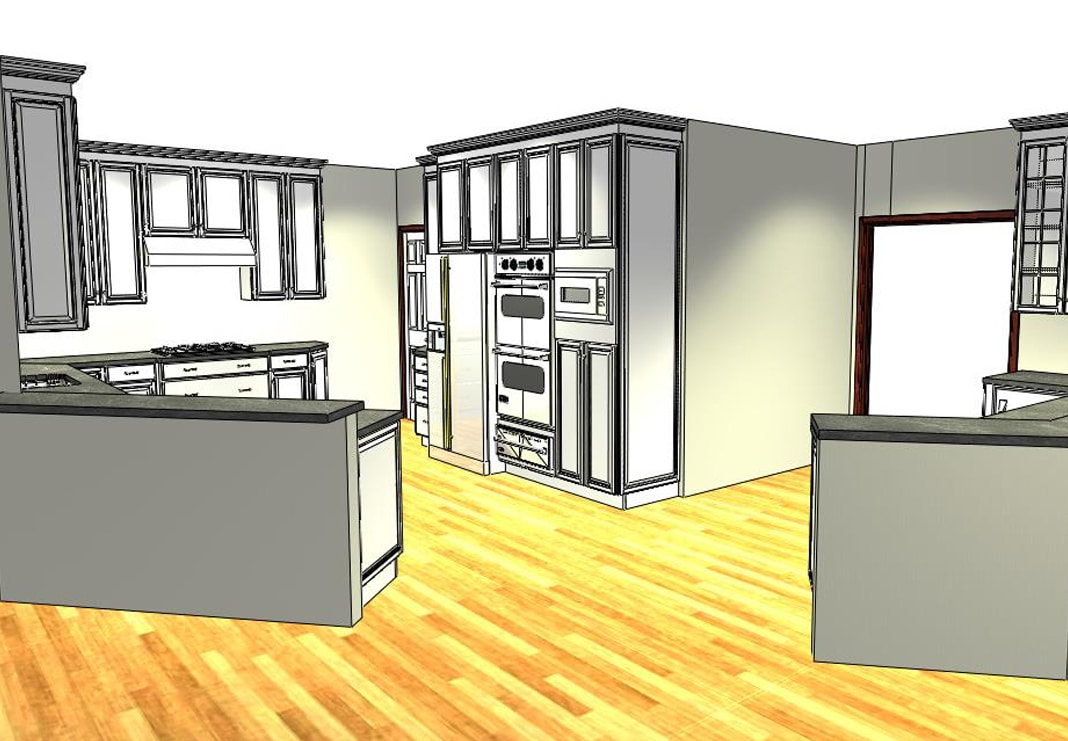 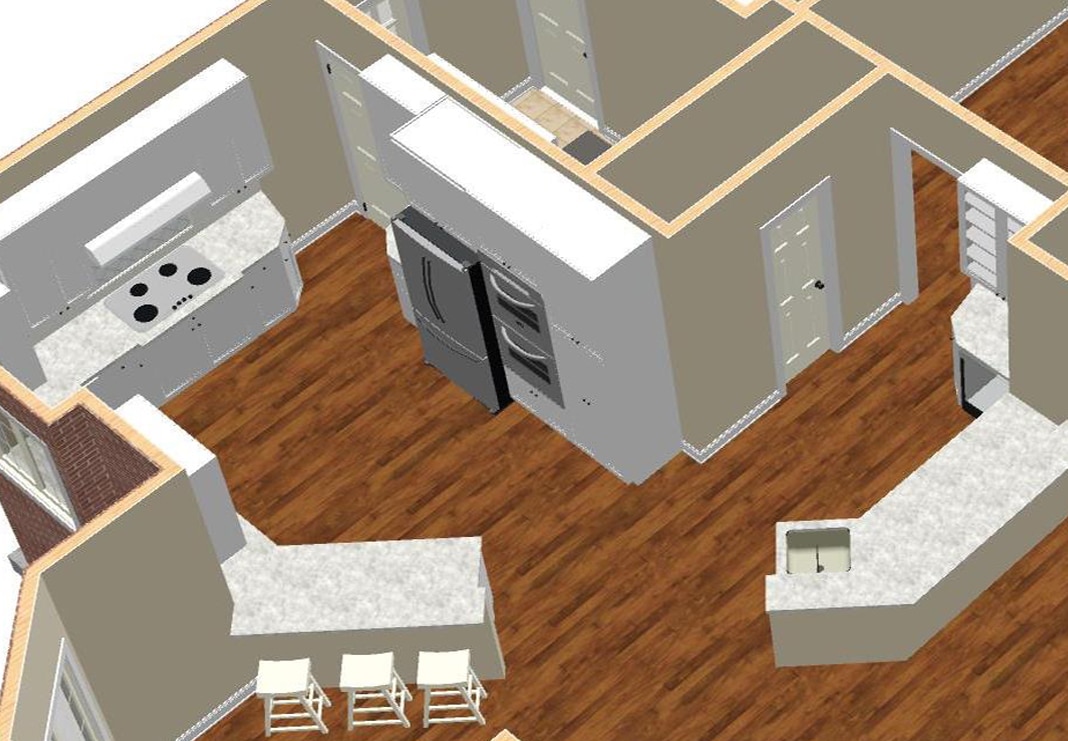 We created a peninsula that extended the line of the octagon breakfast nook off of the sink wall. On the opposite side, the bar peninsula received the angled line flanking a 6′ opening, creating the visual definition of the kitchen space, while providing the bar seating, counter space and ample prep area the homeowners wanted.

To create the open-concept space, we forged a 15′ opening in the home’s main load-bearing wall (between the former kitchen and family room) which required the installation of a massive steel beam, installed flush to the ceiling, with mechanicals installed inside the walls. 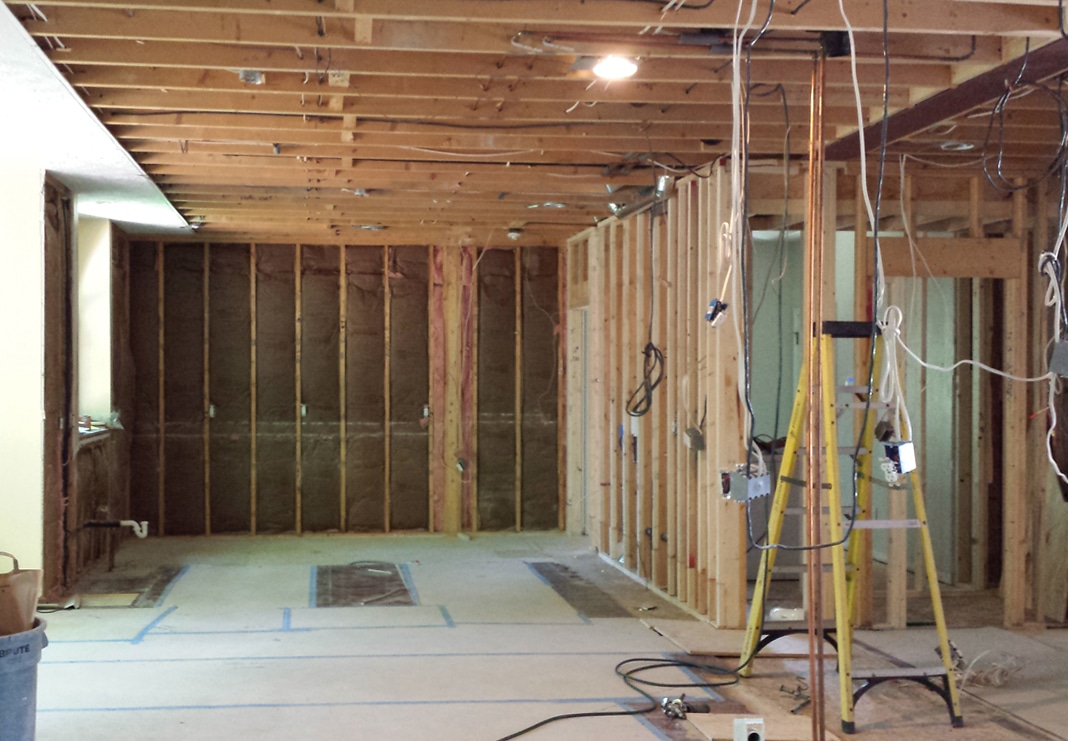 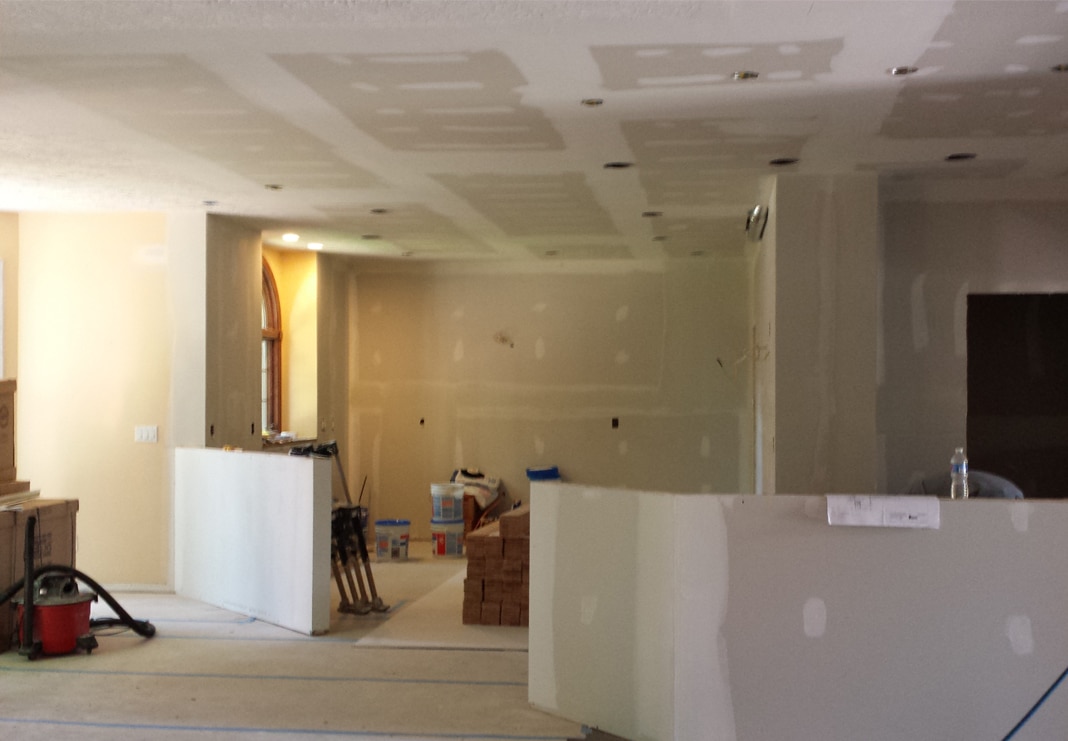 The new layout made use of previously wasted space: We created a bar area that replaced the hallway and closet; and then relocated the powder room behind the bar. 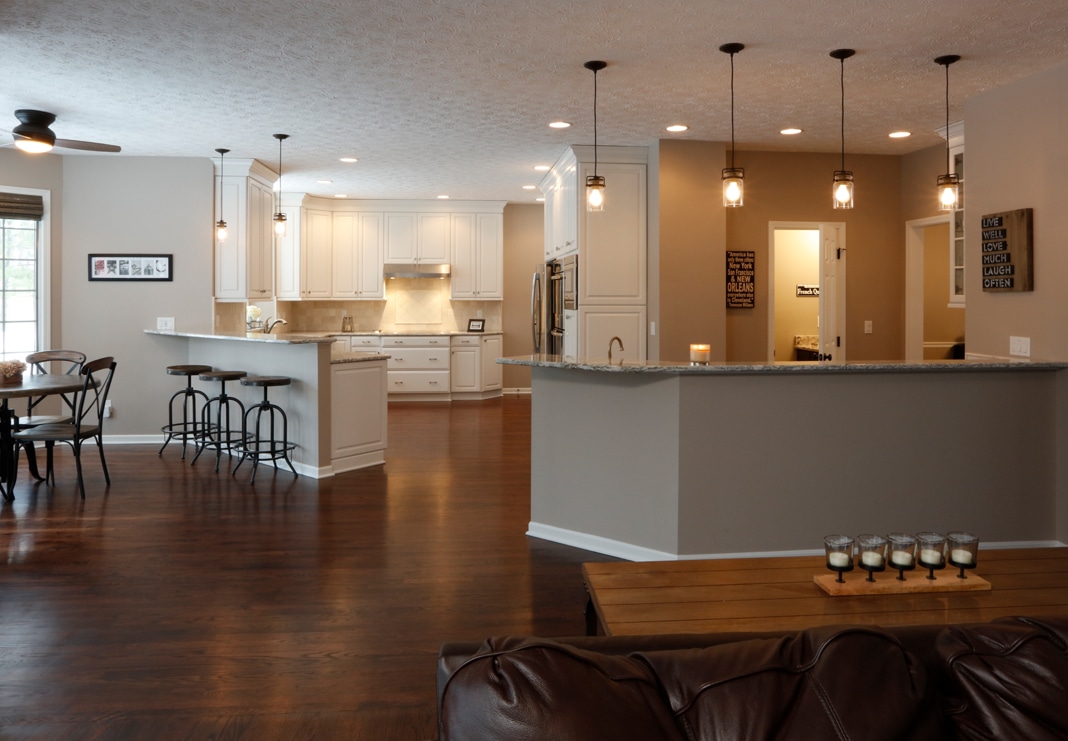 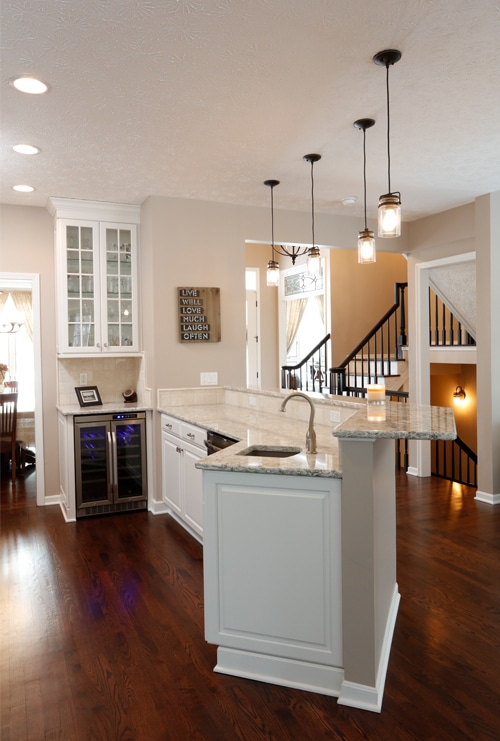 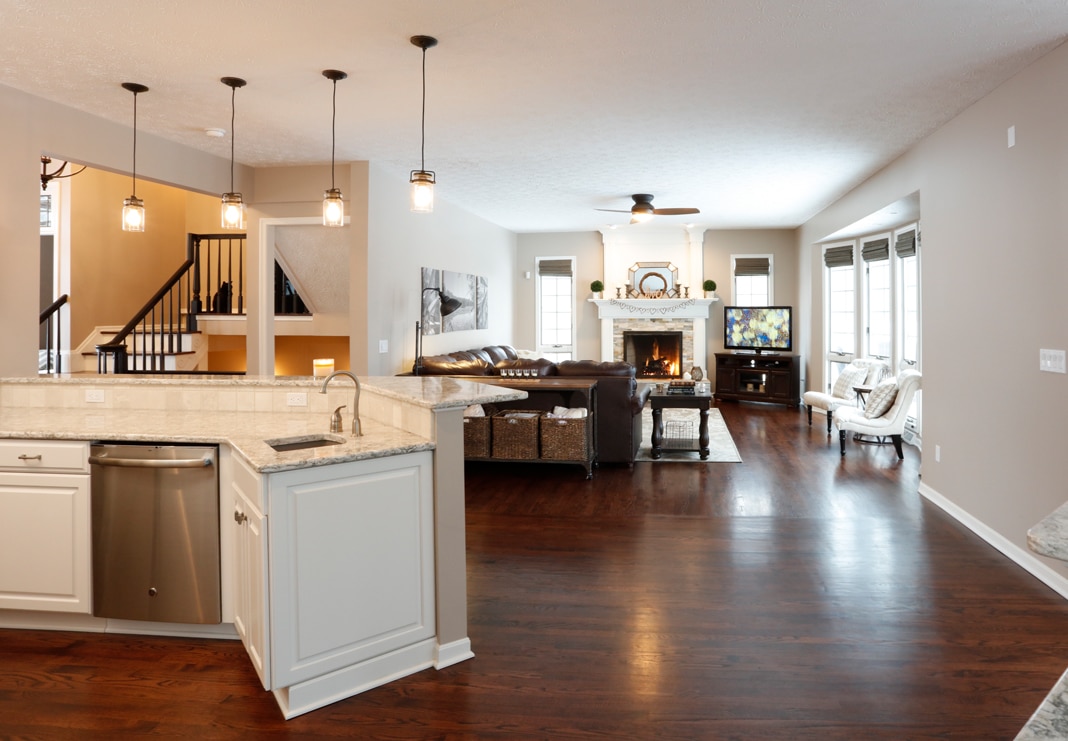 Perfectly aligned knee walls with 2-tier quartz countertops and custom cabinetry were used to create the kitchen space while maintaining the open aesthetic into the family room and foyer. 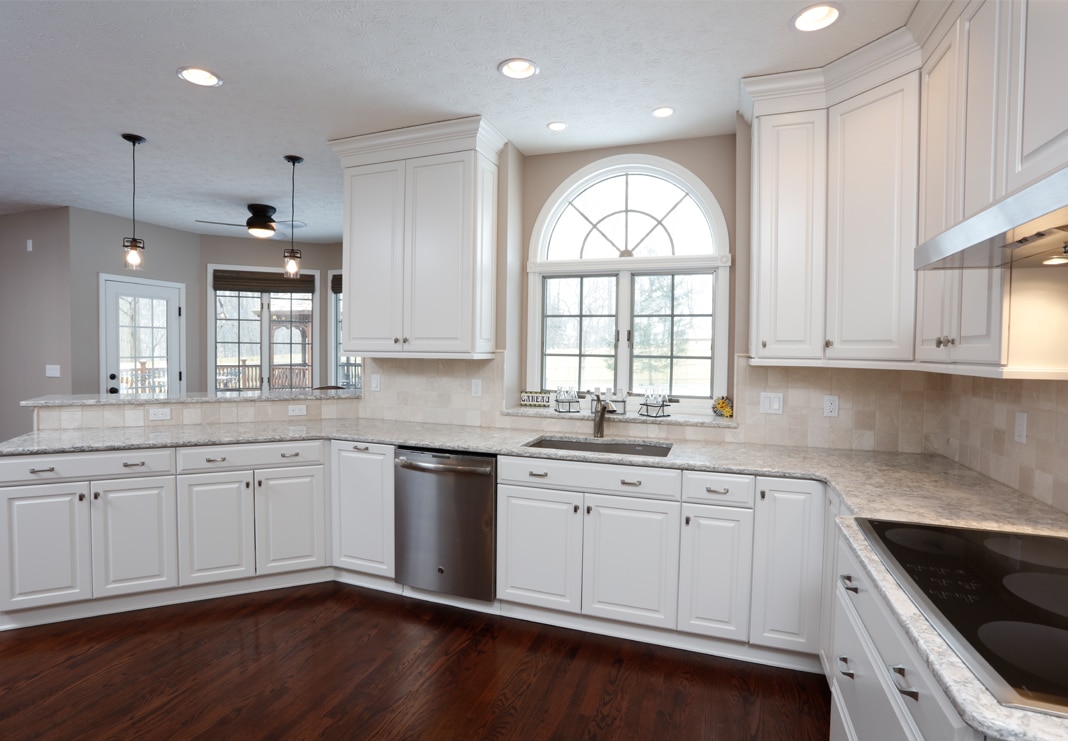 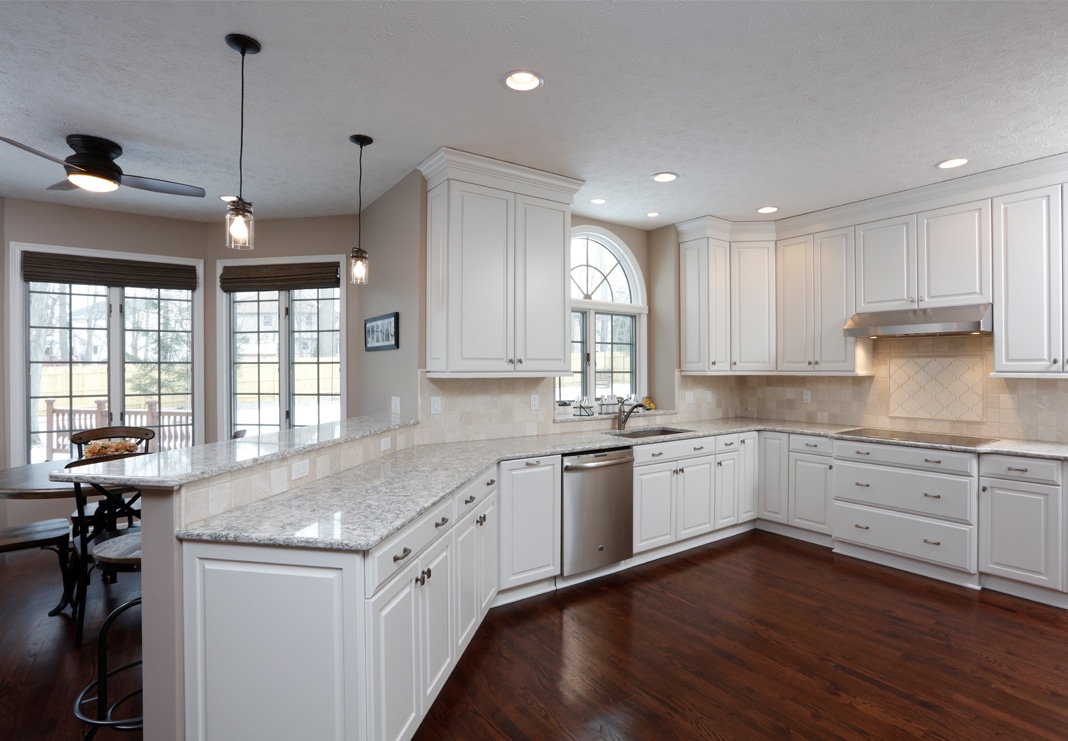 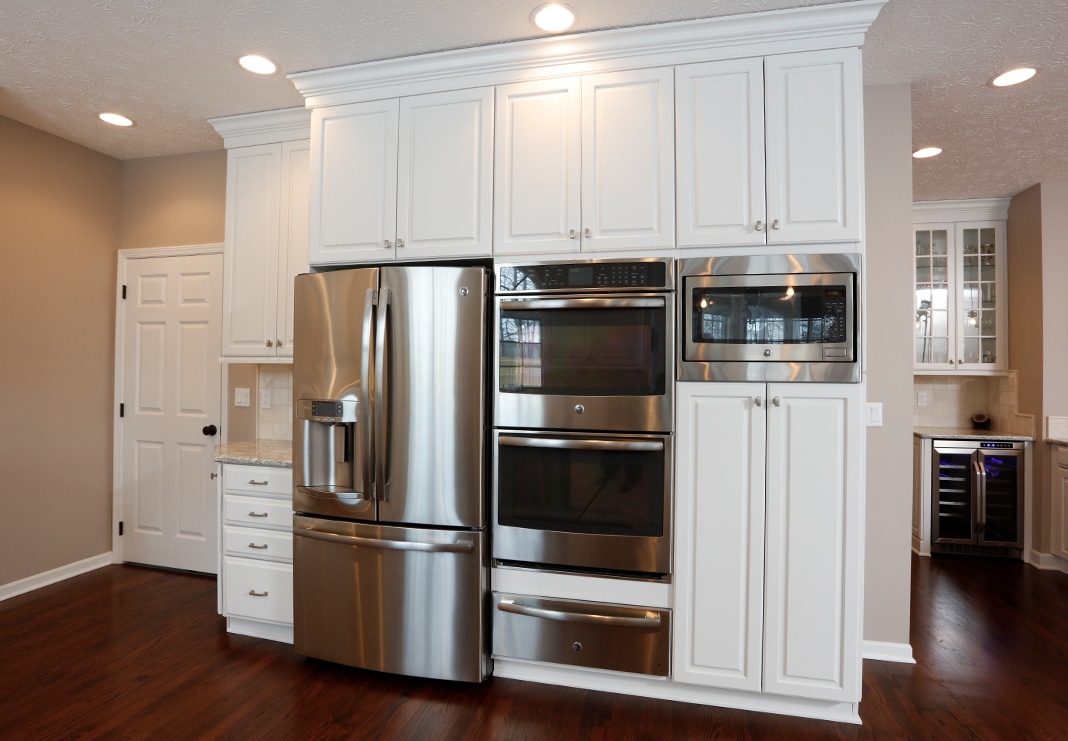 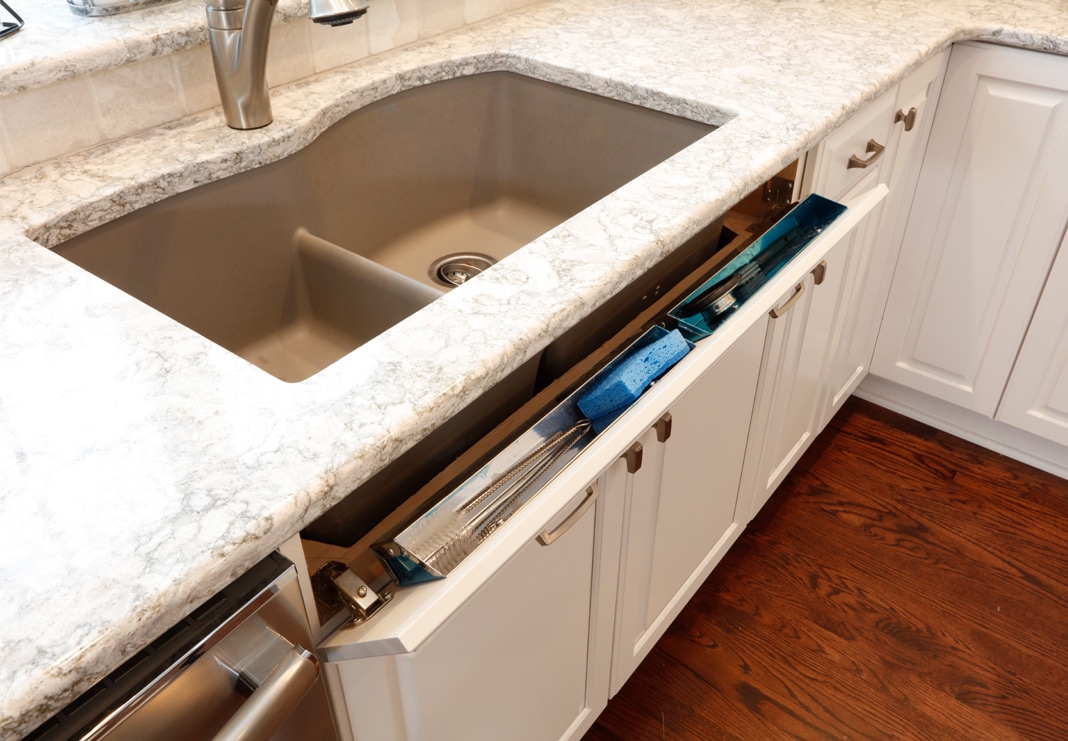 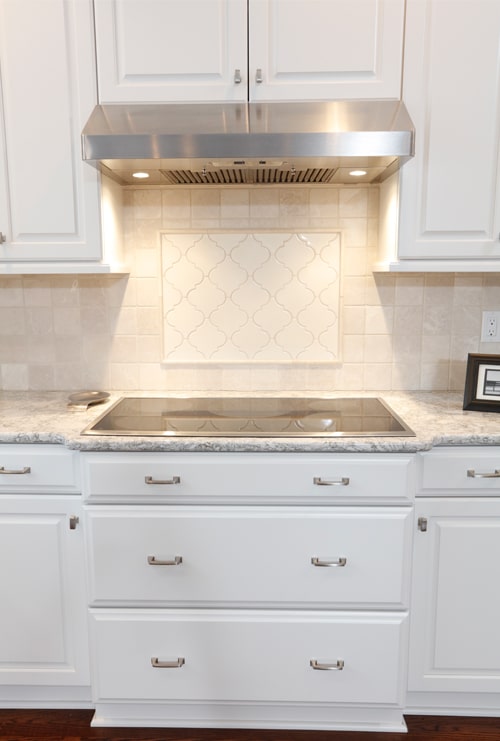 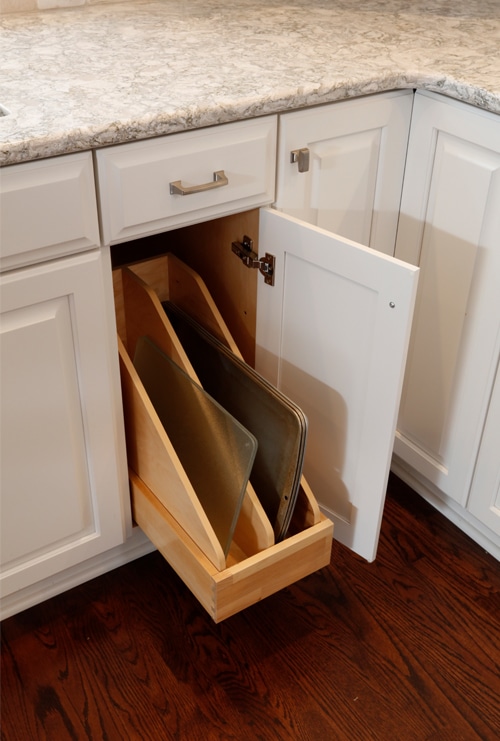 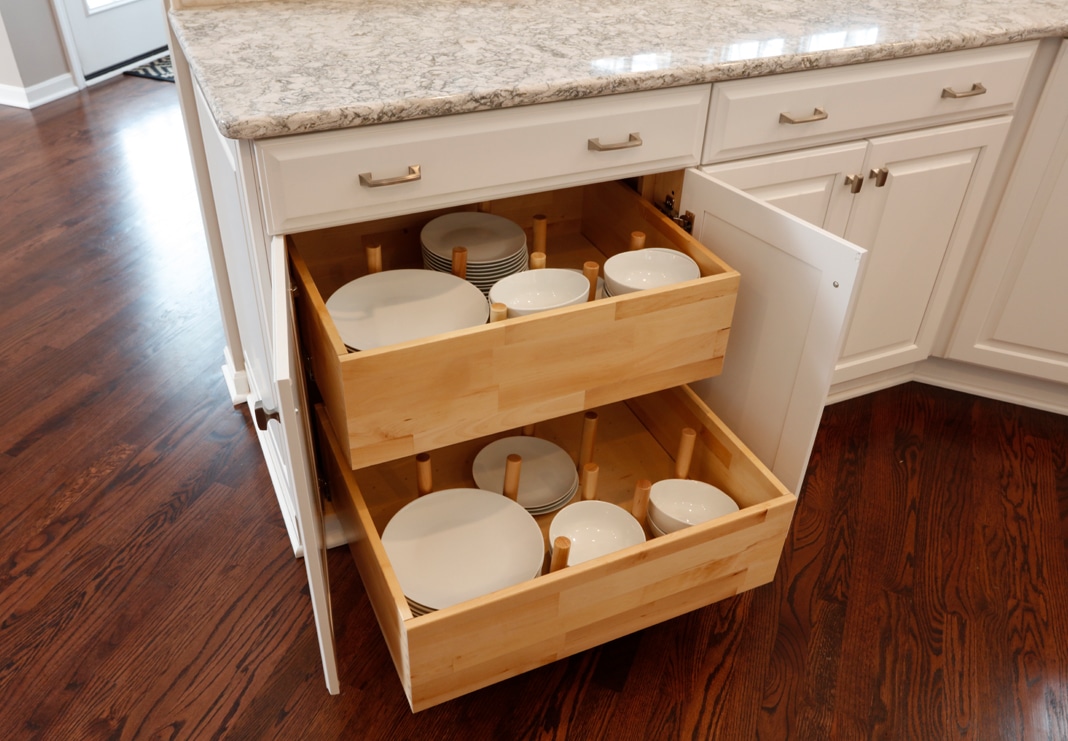